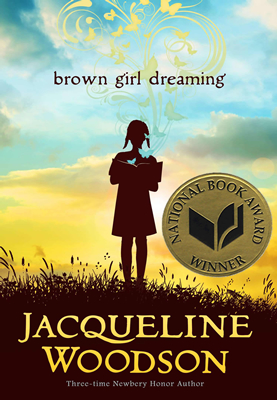 Whether a parent or teacher, if you have had to spend more than 30 minutes in the presence of an adolescent girl, I’m sure you’ve heard these words…”I’m bored…” or “It is soooo boring…” or “It’s nothing to do…”

Well, there is no better time than the “nothing to do” days of summer to encourage our girls to lose themselves in a book adventure.

If getting them out of our hair is not motivation enough to put a book into their hands, perhaps realizing how an unfocused summer can pose a threat to their development will be the reason.

While it is certainly a time for leisure and relaxation, summer is also the season when children from disenfranchised communities experience a detrimental loss of learning. In fact, The Center for Summer Learning shared a report which states young people can lose up to 3 months of learning during their summer vacation.  Irrespective of income level, if young people are not as academically stimulated during summer as they are during the school year, they will not retain what they ended the school year knowing.

That alone is reason enough for me to compile a Summer Hot Reads reading list for Girls Like Me… that and my absolute love of reading. Now I admit, I have a selfish motive, too. I mean, for me there is nothing more appealing than sitting curled up with a book in my hand. I want so desperately to inject the reading bug into all girls…after all, I truly believe reading is power.

Still, not every girl will independently choose turning pages over uploading pics to Instagram, creating dancing vids for YouTube, giggling on stoops and porches with their friends, or hanging at the air conditioned malls. Yet, I am confident if we add some engaging, culturally relevant titles to their reading elixir, they’ll be captivated by stories that hold a space for characters they identify with and connect to.

I Know Why The Caged Bird Sings, Maya Angelou

The House at Sugar Beach: In Search of a Lost African Childhood

On the Line, Serena Williams

The Other Side of Paradise, Staceyann Chin

Everything I Never Told You, Celeste Ng

To make sure girls are getting the most out of their reading experience:

P.S. Please share any other hot read recommendations in the comments. Thanks a million!

Sitting in my hairstylist’s chair discussing the state of girlhood and the double plight of not only mentoring, but raising adolescent /teen girls, our parenting chat took a left turn that left my mouth hanging wide-open. Simply aghast, I sat listening to her hip me to the latest teen dance craze gone viral. It’s called the “Red Nose.”

Now I thought, surely with a name like that it had to be something innocent…you know considering Rudolph playing reindeer games with his red nose self.

Uhn Uhn. No such luck. This has nothing to do with Rudolph. Think more like a red nosed pit bull which is a breed of a dog, which in turn lends to the “doggy-style” inspired dance.

First of all, the fact that teenage girls as young as 13 know anything about “doggy-style” is just too problematic for words. Secondly, that some would be so bold as to record themselves and post videos on YouTube for the world to see all this stank is further proof of just how influenced they are by the ratchetness they see in music videos and reality TV.

Now, I simply refuse to post the videos…and there are plenty out there. But in my opinion it is child pornography. I ain’t going. You’ll have to find them for yourself.

What I will do is encourage you to have conversations with your girls…constantly. Don’t get caught slipping. Ask questions. Listen to their “girl talk” with their friends when you are around them. Monitor their media intake. And most importantly, talk candidly about media messages, find out why she is interested in certain content and how many of her friends share the same interests.

Just last week I conducted a media literacy workshop during the Girls On Fire 2013 Conference hosted by the SouthSide Coalition on Urban Girls (SSCUG), an alliance of girl-serving organizations on the south side of Chicago convened by Demoiselle 2 Femme. In three classes comprised of 45 mostly Black and Latina girls, they shared their top television programs. They were Bad Girls Club; Love and Hip Hop; Real Housewives of Atlanta; Guy Code; and Spongebob (seriously).

When I asked what were the main themes for each; fighting, sex, alcohol consumption, competition, confrontation, and more violence seemed to be common across the board (not as much with Sponge Bob although they broke it down that he and Patrick have disagreements…I was lost. lol)

Still, I shared with them some findings from Children, Media and Race: Media Use Among White, Black, Hispanic and Asian American Children. They were shocked. they felt cheated and angry. They couldn’t understand why some things so accessible to them are intentionally monitored for their white or higher income counterparts. Why no one is standing vigilant over the messages that influence their development and socialization.

It’s true, no amount of advice, wisdom, parental sentry will keep our girls from being exposed to the red-nose nor all its kindred pop-culture funk. They’ll see videos, hear deplorable and degrading music, pore over high-glossed sexist magazines.

Yet if we equip our girls with the tools they’ll need to critically examine those things, while also providing positive alternatives, they will resist the stereotypes and reject media norms that promote bad, self-desructive behavior. More importantly, if we, adult women, set out to BE who/what we say we want our daughters and the girls in our lives to be, the less likely it is for them to use the media as their mirror.

I know it’s heavy stuff raising our baby girls. Here’s a little help for you:

Watch this powerful documentary with your girls Missrepresentation the film

Mentor a young girl in your city

So please share, had you heard about this Red Nose? Ask your daughters and share their reaction to this new dance. How do you monitor your child’s media intake?

I’d been debating with myself for weeks whether or not to write this post. But then in the middle of the night the entire post  came to me fully written out…it was concise. It had the most perfect transitions and its prose rang with clarity. Of course this was all in my head sans pen and paper or laptop. So here I am trying to serve up something remotely as good to express my two cents on this Shawty Lo fiasco…and all the damnation that is Reality TV.

Early last year, along with Bessie Akuba of the She is Me Program, I co-founded #girlsmediachat. It was to be a Twitter chat to dissect and dialogue about the media images portraying and shaping girls’ identity. A few weeks in and it was the same…passionate, ambitious, creative and conscious sisters would tweet to death all that is wrong with media. Invariably reality TV was our angst. For obvious reasons. But if you need illustration, please reference any episode of Basketball Wives, Real Housewives of Atlanta, Love and Hip Hop or any variation of the aforementioned. There’s this trending word that the kids label it… Ratchet. Yes it is quite appropriate.

Well. I grew a bit weary of pointing out the ratchet on television. I’m so beyond it. It is taxing on my nerves, and makes me want to act out in ways that are so not befitting a passionate, ambitious, creative and conscious sister. Hmph…so I simply refused to watch the witchcraft. Thus what I am tagging the latest travesty to hit the airwaves titled Baby Mamas, and all ratchet forms of reality TV…it is witchcraft.

And seeing that I cannot realistically reach through my television, put a hex on their spells of ignorant pageantry nor shake some sense into any of these characters, I will do what my life assignment calls for. That is to lift up the ones I can touch, show them affirmative ways to communicate with other girls; be an example of how to honor their bodies and beings; and present tools that help them navigate the weird world of relationships sans mental manipulation, patriarchal oppression, misogyny, or physical abuse. Because my investment and energy moves beyond getting a show pulled. The bigger picture is to interrupt the behavioral patterns little girls are exhibiting today that lead them to become implicit in the witchcraft….go from girls to women behaving badly. We must touch the ones within our reach daily: that means the young sisters riding beside us on the buses/trains, baby girl who lives next door, your daughter’s playmates…and some of us need to check the little girl still inside of us. Ahem. Yes. I went there. Truth is what is on “reality TV” is played out live in living color in many homes with young girls as audience to adult women acting stupidly and making foolish, misguided decisions. I promise you I attended an event just last weekend with women who are college educated, many members of sororities with successful careers and who are MOTHERS refer to each other (out loud) using the B word as a term of endearment. For real. Who does that? Still in the midst of this was baby mama drama to boot. For real.It was all quite fascinating in a Discovery-Channel watching sort of way. But, sadly it was not a television show. It was indeed real with no cameras.

So again, I’m less frustrated with the tube these days. I want us to fix the everyday sister who believes its okay to address another girl/woman in any derogatory fashion. It is reckless dishonor to share a boy/man and engage in …no SEX PERIOD, knowing he shares his goodies with another. It is outright flagrant indecency to put your hands on another to express your anger or insecurities. Geez. The list of ratchet behavior is much too long…and quite frankly unproductive.
If the objective is to transform lives of our girls, this must be our priority. If not, we have only our real life selves to blame for what they see/hear in media.

Sign the petitions like this one to get shows pulled from the air
Support organizations like Girls Like Me Project, Inc. book the workshops for your school/org.
Join the #notbuyingit movement to let advertisers really know how you feel about their endorsement of such foolishness

And on the last note, I have heard many people excuse the “entertainment industry” and “celebrities” of all accountability for being role models or accurately portraying the complex telling of the Black American experience, especially as it relates to our women and girls. Well. That is arguable, for some. What I do know for fact is that the “entertainment industry” is  yet a politically correct misnomer given to what we know is an exploitation monster. Given that, we should only expect the entertainment industry to exploit our lowest lows for profit. It is simply time we raise the bar.

How do you think we should raise the bar for our girls?